A graphic touch, a pragmatic spirit...

Senior multimedia developer, specialized in Unity 3d since 2009.With a serious background of graphic designer (former Artistic Director), I am able to respond to very visual projects (or not ...), but also to bring my strong skills of developer (database, multiple languages, backend ...).My passion: image and 3d

Augmented reality application intended to describe the mechanisms of the HIV virus. I developed this internal application for MSD (via BSC). Once again, augmented reality on this application allows the user to be able to examine the virus's replication mechanisms interactively and from different points of view. Many markers have been integrated in the app. Only one appears in the video.

Augmented reality application for the occasion of a trade show for Sanofi laboratories via Business Stratégie Communication. The application is an internal application for doctors on the show to understand the mechanisms of atopic dermatitis.The application was used mainly on iPad tablets, but it was also available for Android.The app uses Vuforia for 2d marker recognition (2 markers only). I had to develop a camera movement smoothing system to avoid AR-related tracking shakes when moving too far away from the marker. The refraction shaders were made using Shader Graph (see my tests about it).Unity 3d 2021.1.28f1 + Vuforia 10.3.2

My son is a huge fan of Carrier Command 2. Having been a fan of the original Carrier command myself, more than 30 years ago from now on Atari ST, I decided to model one of the tanks in the game (the "bear") in order to print it.The size of the model is quite small (about 10 cm) and the large number of details predestines it rather to resin printing (SLA). However, with a scale of 300% or more, it should be possible to do this on a filament printer (FDM).A next post will be devoted to the printed version soon.In the meantime, you can download the model for free at Thingiverse.

BSC asked me to develop a clinical case study for Convatec in order to highlight their products. The case can be viewed on internet via webGl. It is mac/pc compatible, but also tablets/smartphones.Questions are asked such as multiple choice question, drag'n drop ... and the answers are counted. An avatar gives a full answer and development to each question.Statistics are displayed to the customer via a backoffice that I have developed for the occasion (number of connections over a period, statistics of connections by access from urls over a period, level of progress on the quiz, time spent on the module, ratio of right/wrong answers on each question, number of attempts per unique user, conversion rate on webinar access, statistics of os used).The module has been developed with Unity 2021.1.11f1 (webgl), and the backoffice was developed with php / mysql / html / jQuery. The graphs are produced with CanvasJS.

An ambitious project: Convatec Experts is a PC / Mac / iOs / Android software that allows Convatec salespeople to schedule videoconferences with nurses to discuss and carry out clinical case studies in 3d. These case studies are punctuated by qcm and the answers are given either by an avatar, or by the facilitator himself via the video. The software is controlled at each of the users by the animator. The exchanges take place directly. Scores are counted individually. The animator has the possibility to trigger a case from a list of available cases and to monitor its progress as it goes. Users can vote to select the case they prefer, manipulate the 3d to, of course, respond to the questions asked.The different versions of the software (Windows, Osx, iOs, Android) are compatible with each other. The software was developed under Unity 2021.1.x, exchanges between users is provided by Photon engine (PUN), and video conferencing by webcam by Agora. Identification is provided by an online web service. This software is an internal software reserved for Convatec professionals.This project took me a lot of work to put everything in place. The cases are dynamically loaded by Addressables which allows the cases to evolve and to add more later.The compilation of the different versions is ensured by Unity Cloud Build which saved me some precious time.

Still within the field of the Lautaret exhibition, Le Naturographe asked me to develop software that would display a video presenting the evolution of glaciers retreat in the region.The result is projected onto a 3d printed model of the corresponding mountains via a projector.Control buttons stop the video and display an explanatory text (in three languages: French, English and Italian) at key dates. These buttons are controlled by an Arduino in conjunction with the software. I created a plate for the connection of the buttons, modeled and printed a 3d support for the whole.The application (Windows) was developed under Unity 3d 2020.1.x + Arduino

As part of an unfortunately aborted project, I worked on an interactive event for professionals from the pharmaceutical / medical sector in Qatar. Sanitary conditions meant that the show experience could be replicated online for guests who were invited and who could not attend.I worked on the 3d development part. The show has been virtually modeled to allow the user to move around and access the various features and sections of the site (chat, live video conferences, various resources, etc.). We used Furioos technology for 3d. This technology allows real-time 3d streaming. Concretely, the 3d is calculated on the Furioos servers and displayed to the users. The undeniable advantage is that it is possible to obtain a "PC" type rendering quality on mobile. The result was quite interesting.The project was therefore developed with Unity 3d 2019.x URP + Furioos.Unfortunately, for reasons of timing, the 3d version of the project was aborted.

As part of the training of the personnel on site of l'Oreal Cosmetic Active, Prod03 asked me to develop a VR application for Oculus Quest. The application is based on 360° videos, punctuated by multiple choice questions to validate knowledge. It is mandatory to pass all questions in order to validate the training. The results are stored in a database and a back office allows them to be administered and the delivery of training certificates.For reasons of confidentiality, I am unable to publicly disclose a video. Contact me for more information.copyright video : Prod03The app is of course an internal app and was developed with Unity 3d 2020.1.17f1 for Oculus Quest. 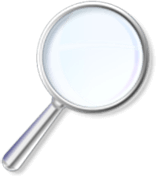